The Theatre, Robotics, and Creativity 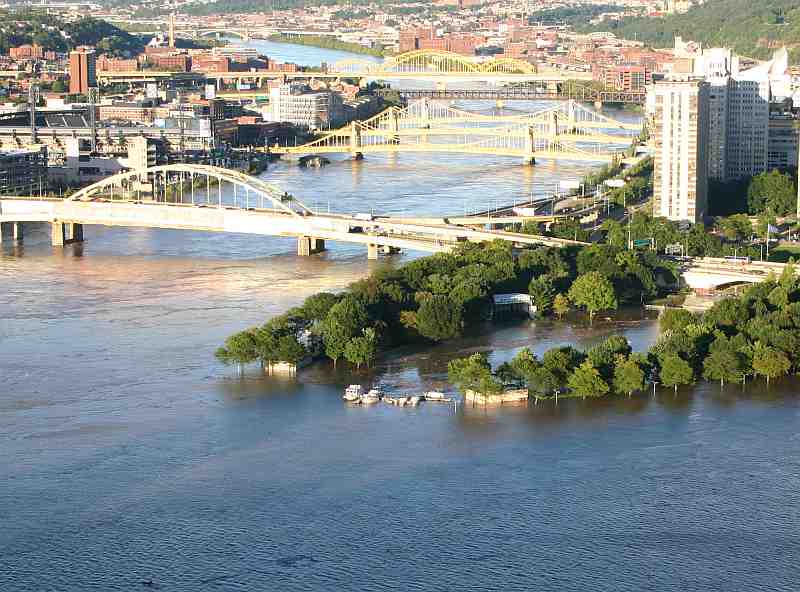 I was a cellist growing up, in a home where season tickets to the Symphony and Opera occasioned regular trips into the city. I was treated last week to a special pre-Valentine romantic night on the town by my wonderful husband.  The tickets were for the Pittsburgh Symphony’s performance of Holst’s The Planets. While I have never heard the piece done better or been more moved by the galactic drama that is Ravel, I was thoroughly surprised and delighted by the opening piece, a world premiere of five orchestral movements commissioned by the Pittsburgh Symphony which orchestrated the landscapes and elements of our amazing city.

The first piece, Flourish by Patrick Burke, was by far my favorite. The logo for Grow a Generation is a tree and the music flowed with the dance and chaos of our backyard stream recalling a scene from Isum’taq: A Parable of Wisdom:

Isum’taq discovered that he could now take in breath through the water. It gave him strength. He felt himself stretch and reach, rebel against the darkness, cry out against the isolation until a light, there, he reached for it, felt himself emerge from the sodden earth, reach for light and for warmth. Sunlight touched him.

The final moments of the piece touched my mystic’s heart, drawing my spirit to the depths of a stream side pool of water, resting at peace. Patrick, a fellow colleague at Duquesne where he serves as an Assistant Professor of Musicianship and Music Technology, succeeded in setting to music a parent’s prayer for a child to grow and flourish in the world.

The second piece, Awake by Bomi Jang, began by transporting my imagination to a stark and desolate place. I found myself thinking of a hike in the Allegheny Forest where I emerged from an ancient stand of Elms into the desolation of a tornado swath. Bomi received her master’s at CMU and is working toward her doctorate at the University of Pittsburgh). Awake was written to draw attention to the substantial drop of trees in our city and impel us to fulfill the intense energy of the finale as we work to regrow an urban forest.

Mathew Rosenblum’s Eliza Furnace took me inside the sweat and metallic noises of the many houses of hot gas and liquid ore that dotted our Pittsburgh region.  These furnaces not only made the industrial revolution possible by provided the bridges and railways that our infrastructure still relies on.  Mathew, a Professor of Music from the University of Pittsburgh, has provided the Pittsburgh area iron and steel producers a symphonic anthem. He has created a piece of music to carry them through the farewell to open hearth processing and the adoption of new sustainable technologies.

Amy Williams Flood Lines captured the tension of the anxiety of waiting for flood waters to recede picturing the worst. Inspired by the lines still visible in downtown Pittsburgh from the 1936 flood, the piano notes reckon back to big band and Bartṓk, rising to a frenetic pace before revealing a new strange landscape in its final note.  The piece highlighted the remarkable talent of the Pittsburgh Symphony. It conveyed a confidence by a local professor and musician (Amy is an assistant professor of composition at the University of Pittsburgh) to hand an extremely demanding and intricate piece into the hands of the masterful.

All of the premieres were short pieces when placed together formed wove a 25 minutes symphonic poem of Elements. The last stanza of that symphonic poem was Reza Vali’s Ravān. The piece translates from his Persian tongue to “Flowing” intimated a gentle riverscape, but it surprised me by capturing the wild anticipation of rafting on the Youghiogheny. I was reminded of those moments just after the Army Corps of Engineers open the flood gates to the dam and the extra rush of water propels the boats into a chaos of turbulent rapids. Reza is a faculty member in the School of Music at Carnegie Mellon. His brilliant use of percussion had me sitting upright, ready to paddle hard.

Thank you to the Pittsburgh Symphony for inviting these musical geniuses to put together such a phenomenal premiere. And thank you to the love of my life for an incredible evening out!

Permanent link to this article: https://growageneration.com/2014/02/15/musical-genius-in-pittsburgh/